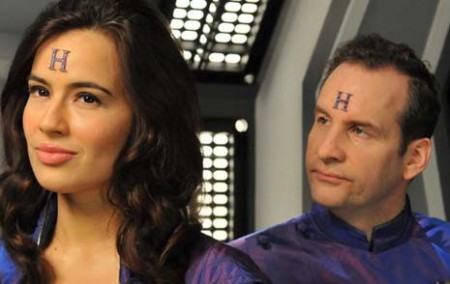 Just watched the Red Dwarf: Back to Earth miniseries. I didn’t mind so much that it ignored the cliffhanger that ended series eight because I hadn’t watched Red Dwarf in a while and basically forgot everything that happened in the older series.

I did mind, however, the fact that they completely fouled up the sound design for the show. Previous series of Red Dwarf have always had a laugh track, either a live audience or added in after the fact, but this time around they decided to forgo a laugh track to “make it more cinematic”.

Unfortunately, they forgot to put in anything else in its place except for a rare musical cue. Most of the show was airless and quiet, and the so-so comedy fell flat. I’m not saying it would have been hilarious if they’d scored it properly, but I think there’s a certain alchemy to sound design in comedy, and Back to Earth played more like a rough cut that was missing its polish.