From an interview in The Guardian: 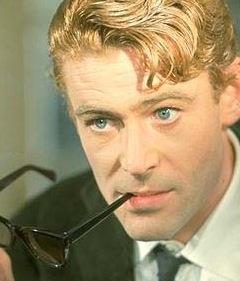 Michael Caine was O’Toole’s understudy in The Long and the Short and the Tall; considering he never went on stage, Caine later said, it was incredible he was so exhausted at the end of the run, but waiting anxiously in the wings every night as O’Toole swung in at the very last minute was enough to give any man a coronary. Once, the pair went out drinking and woke up in a strange flat. ‘What time is it?’ Caine asked. ‘Never mind what time it is,’ said O’Toole, ‘What fucking day is it?’ And sure enough, it was two days later, three hours before curtain up.