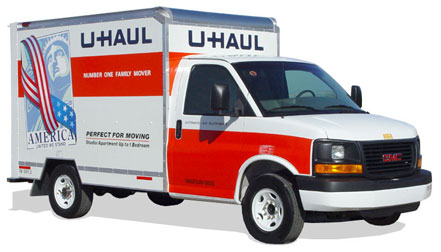 Recently I’ve been dimly aware of the fact that it was getting close to time for me to go through the lease renewal process. I couldn’t remember for sure, though, whether the folks in the office would be contacting me 2 or 3 months in advance to get the process rolling. The last two times I’ve renewed they’ve definitely given me several weeks to decide. They’ve also raised the cost of my rent every time I’ve renewed. Supposedly my original rent payment was “highly discounted”. Whatever.

Anyways, on Wednesday night I came home to a note on my door letting me know it was time to renew my lease. Their offer? $685 a month, which is $85 more than I’m currently paying. The kicker? They only gave me until DECEMBER 1ST to decide if I want to renew at that rate. Otherwise I’d probably have to pay whatever the “market rate” of the apartment is… god knows how much that would be. The note also says that if I am going to move out, I have to give notice by the 1st. So, basically… they decided to give me the shaft.

Needless to say, I was pretty ticked off, and began frantically calling around to see if anyone was in the market for a roommate. The problem with living by yourself is that you can’t really save that much money by moving to another one-bedroom apartment of a similar size and quality. Saving money can’t really be your goal unless you’re willing to go from a large apartment (like mine) to an efficiency, which doesn’t sound attractive to me.

If I could find a roommate, though, I’d be set… I knew I could definitely save money with a roommate to help me split the bills. The problem was that when I asked around a few months back, it seemed like everyone I talked to already had a lease or plans to move in with someone. I wasn’t holding out much hope, really… January/February is kind of an odd time of year to move. The other problem with finding a roommate is that I’m not willing to move in with a complete stranger. It had to be someone I knew at least a little bit.

Well, long story short, through what I guess is a good amount of luck and random timing, I found myself a roommate who needs a place right around the same time: Tim Given (another Sig, for those of you who don’t know him). He actually already has a place in mind – a 2/1 duplex that works out to $450 a person, which more than justifies me getting the hell out of Martha’s Vineyard. He just so happens to know all of the great deals in town because he works for the place renting the property.

Although the actual process of moving is kind of hideous, I’m pretty excited about the idea of this particular move. I think it’ll be nice to live somewhere new. There’s also something really great about having a roommate around to promote human interaction.

If I work it right, this could be a good opportunity for me to get rid of some of my many possessions, including my (broken) leather couch, the armchair that has stuffing falling out, the millions of pots and pans and pieces of Tupperware I’ve got sitting in my shelves, and maybe a few of my 50 million books… if I can part with them.