Okay, this is some pretty exciting news from TVShowsOnDVD.com: 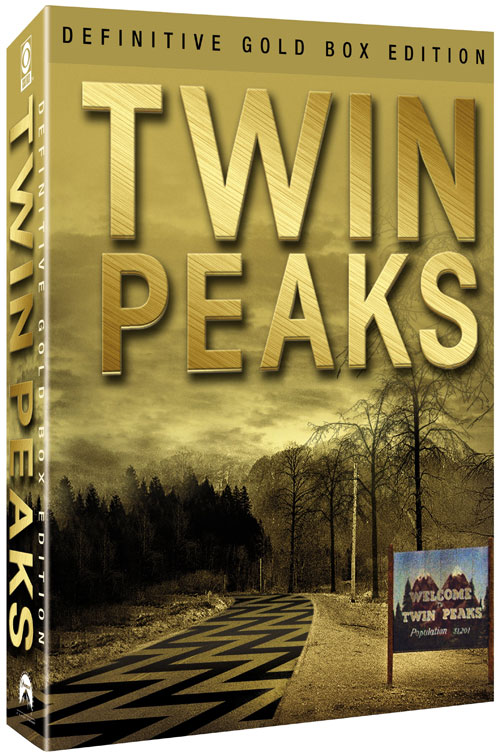 HOLLYWOOD, Calif. – The highly-anticipated Definitive Gold Box Edition of the series that became one of television’s most acclaimed events finally arrives – with all 29 episodes plus both the original and European versions of the pilot – on October 30, 2007 from CBS Home Entertainment and Paramount Home Entertainment. Considered both technically and artistically revolutionary when it debuted, TWIN PEAKS™ garnered 18 Emmy nominations over the course of its two-season run with its cast of memorable characters, stunning cinematography and intriguing plot. Co-creators David Lynch and Mark Frost and a large number of the cast and crew have returned to participate in this extraordinary new collection.

The cover art is a bit funky, but I don’t really mind. This is the first time the entire series has ever been available at once (legitimately), and I could see myself buying it. The original first season DVD is out of print, and didn’t even include the pilot movie due to funky rights issues. The only version of that movie available in America is an edited version that wraps up the whole story in a standalone format. I’ve managed to see the proper pilot movie only because I Luv Video rents import/bootleg/burned DVDs.