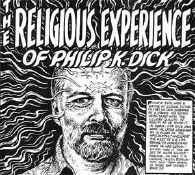 Legendary storyteller Phillip K. Dick’s short story (his only experiment in the fantasy genre) becomes the basis for this fantastic and imaginative tale about an average man living in the Mississippi Delta, whose reluctant actions to help a desperate band of elves leads them to name him their new king. Joining the innocent and endangered elves as they attempt to escape from an evil and menacing troll, their unlikely new leader finds himself caught on a journey filled with unimaginable dangers and a chance to bring real meaning back to his own life.