In a recent post, John Scalzi discusses whether there should be a statute of limitations on spoilers:

If there is, in fact, a spoiler statute of limitations, the question then becomes, well, how long is it? I throw that question open to the crowd, but here are my suggestions:

Television: One week (because it’s generally episodic, and that’s how long you have until the next episode)

Movies: One year (time enough for everyone to see it in the theaters, on DVD and on cable)

Books: Five years (because books don’t reach nearly as many people at one time)

Personally, I absolutely think there should be a point in time where it’s okay to discuss major plot points in a story without having someone scream at you for spoiling it. I personally don’t seek out spoilers, but I don’t think that reading them or coming across them accidentally necessarily ruins my actual enjoyment of the resulting product.

For example, well before I ever saw No Country for Old Men, even without having read the book, I knew perfectly well what happens to one of the major characters near the end of the movie. This didn’t ruin my enjoyment of the movie at all, and in fact it was one of my most favorite movies of the year. 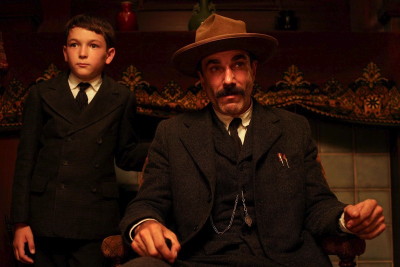 Same goes for There Will Be Blood. Several of the movie blogs I read were talking about the infamous “I drink your milkshake” scene, and I ended up reading about the basic details of it before I saw the movie. That doesn’t change the fact, however, that nothing could prepare me for the sheer impact of that scene when I saw it in the film. Taking out of context it makes it sound absurd and laughable, but when you’ve followed the characters through the emotional journey that brings you that point, it makes a kind of mad sense.

I don’t think movies are the main source of spoiler accusations, however. With the advent of TV On DVD, more and more people are able to catch up on entire seasons of television shows by renting them or buying them. Within my group of friends, there are a lot of folks who only watch TV on DVD, and don’t even pay for cable. However, along with this trend has come a growing belief that the statute of limitations on spoilers never expires, even if you’re discussing a show that has been off the air for years.

Personally, I’ve been yelled at a few times for “spoiling” parts of shows that people were watching on DVD. One example was when I discussed Prison Break and talked about plot points that were shown in commercials. It is, for example, pretty well established that the characters break out of prison. I hope it isn’t a surprise to anyone reading this that they manage to break out of prison at the end of the first season. It was pretty clear they would break out when I watched it as it aired. Also, although I stopped watching it during the second season, I still know the basic outlines of every season that has aired since then, mostly thanks to the commercials played during other Fox shows. 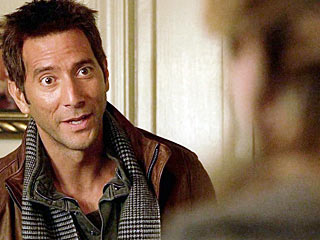 Another example is when I was discussing Lost with a few friends who were in the process of catching up on DVD. They were in the middle of season two, and I mentioned that Desmond was my favorite character on the show. This was apparently a spoiler because I let them know he’d still be a part of the show after that season, and I got yelled at for it.

Now, Lost is definitely a show where I respect the spoiler. So much happens on a weekly basis, and there are so many crazy twists and turns, that I can understand why people require “spoiler-free zones”. Personally, I’m two episodes behind at the moment. I already know bits and pieces of what happens in those episodes, but, again, it’s because I saw commercials. These things happen. That doesn’t mean that I would want to read a synopsis of those episodes or be told all of the crazy plot twists. I’d like to watch them myself.

However, I think that even Lost has a statute of limitations. It’d be pretty easy to find out that Desmond is still a part of the show if you a) ever saw a commercial for it b) ever read any synopses of current episodes or c) saw his picture on the front covers of the boxes for the third and fourth seasons. I didn’t start rattling off character deaths or reveal big twists about the island, I just mentioned I had a favorite character, and somehow this was a bad thing. This is the point at which I think the notion of a spoiler free zone has gone too far.

When the Lost series finale rolls around next year, I’m sure it’ll be discussed all over the internet. Case in point: more people know how The Sopranos ended than have watched the show. I think that in situations like that, if you want to exist in a spoiler free zone, you have to make some kind of effort to stay on top of things. That’s why I made sure to read the 7th Harry Potter book from cover to cover on the day it came out, and it’s also why I really need to get caught up on Battlestar Galactica in preparation for the series finale.

Although I don’t condone spitefully spoiling major plot points for people, I think you have to draw the line at classifying any discussion of an unread or unwatched story as a spoiler. I also think that a large part of spoiler prevention is the job of the person reading or watching the book, TV show, or movie. If you aren’t current on the newest in popular entertainment, I think you can no longer claim the right to exist in a world without spoilers.